Delegation of Uruguay to visit the IPA CIS to exchange experience 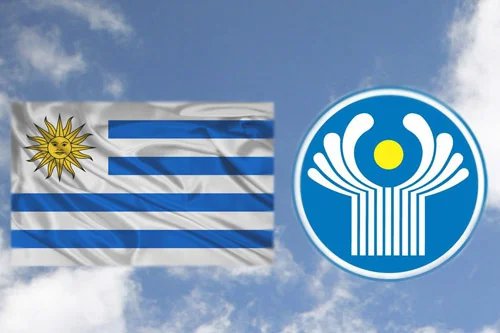 On 25 October 2012, a parliamentary delegation of Uruguay is on a visit in St Petersburg where they have a heavy schedule of official and cultural events. The program starts in the IPA CIS where the guests will be walked through the ceremonial halls of the Tavricheskiy Palace followed by a meeting with the Secretary General of the IPA CIS Council Alexey Sergeev.

One of the main purposes of the visit is to exchange experience. Uruguay is a member of a MERCOSUR, a large intergovernmental organization. It is a parent organization of the Parliament of the South American Common Market which deals with trade law. IPA CIS also has experience to share, like the practice of model law-making in the IPA CIS. The visit will last two days and includes a meeting with the Governor of St Petersburg, excursions to Petergof and the Mariinskiy Theatre. 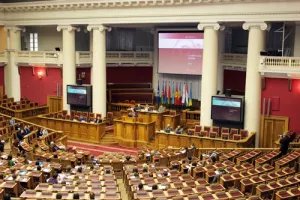 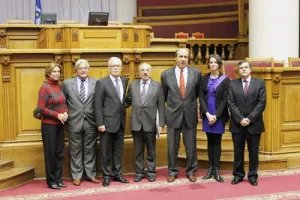