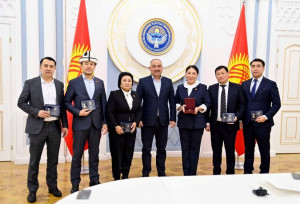 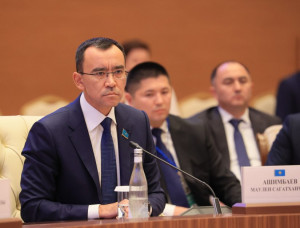 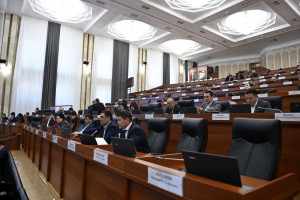 For over 20 years since its establishment, the IPA CIS is based in the Tavricheskiy Palace. It is located in downtown St Petersburg on Shpalernaya ulitsa 47. Over its long history, the Palace had many residents and the IPA CIS is the most recent one. The Palace is brimming with the spirits of the Russian imperial past and the energy of the early Russian parliamentarianism. The Palace has seen both its heydays and neglect, magnificent fests and … stables

The Palace, initially called «the Mounted Guard House», was build as the countryside residence for Grigoriy Alexandrovich Potyomkin, a man of great stature and a statesman, confidant and close associate of Empress Ekaterina II. Born in a modest noble family, Potyomkin managed to pursue a rapid and brilliant career thanks to good fortune and outstanding talent. He was a remarkable public and military figure, a skillful diplomat. At the time of the construction of the Palace he was at the top of his glory – Potyomkin was the most influential person in the Empire after the Sovereign. 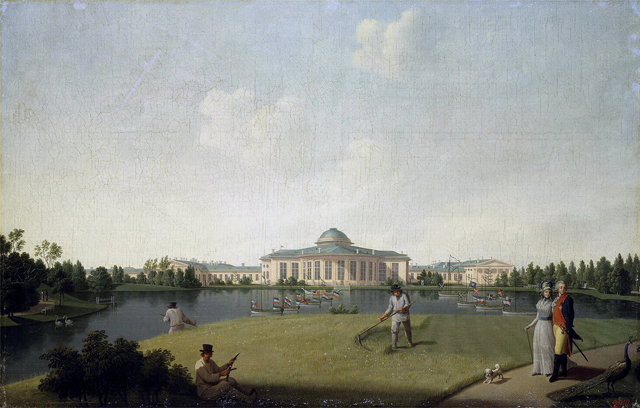 The symmetrical composition of the Palace in classical style includes three main parts: the central two-storey structure with a cupola in the rear, two-storey embracing wings facing the Voskresenskaya street, and one-storey passages connecting them to the central block. The space shaped by the wings of the Palace forms the front entrance yard. The central building has a protruding six-column Doric portal appropriate to a main entrance. The facades of the side-blocks embracing the front yard also have portals but more modest ones, with only four columns and without terminating frontons. 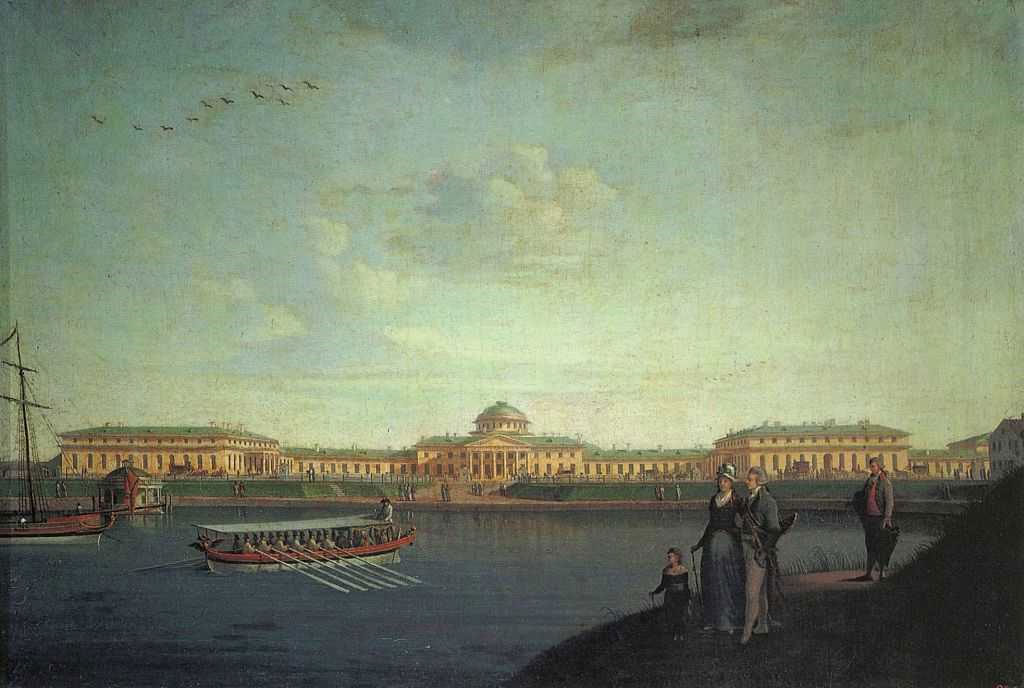 The subdued language of the palace facades contrasts with the rich decorum and unusual succession of the main halls in the central building. Breaking with the tradition of the day, I.E. Starov arranged the front halls not along the main facade but on the transverse axis of the palace. It opened with the quadrant vestibule followed by the octagon Cupola hall which is matched by a more flat external cupola on a small barrel with a lot of rectangular windows for illumination. 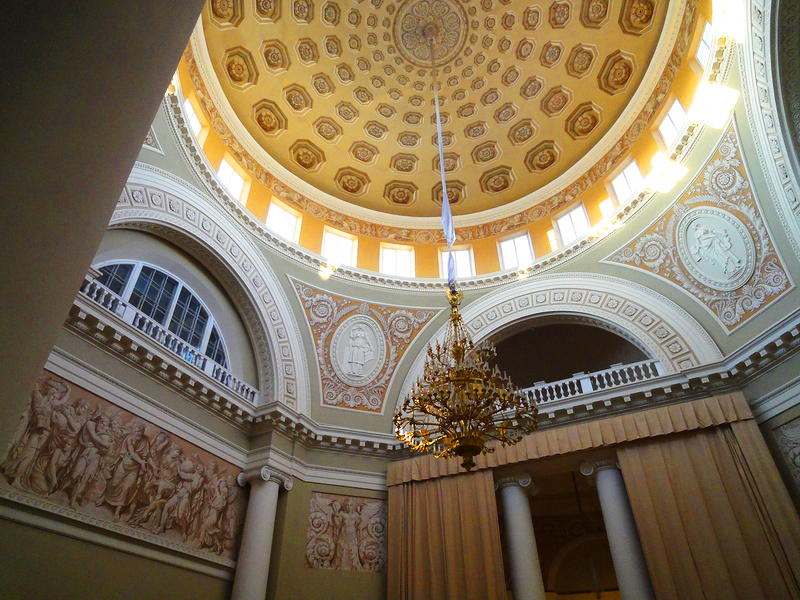 The Cupola hall is followed by a fabulous columned gallery with curved end walls – the Ekaterininskiy hall which was backed by a winter garden. All front halls were richly decorated by paintings, engravings in gilded frames, carpets and gobelins and luxurious furniture. 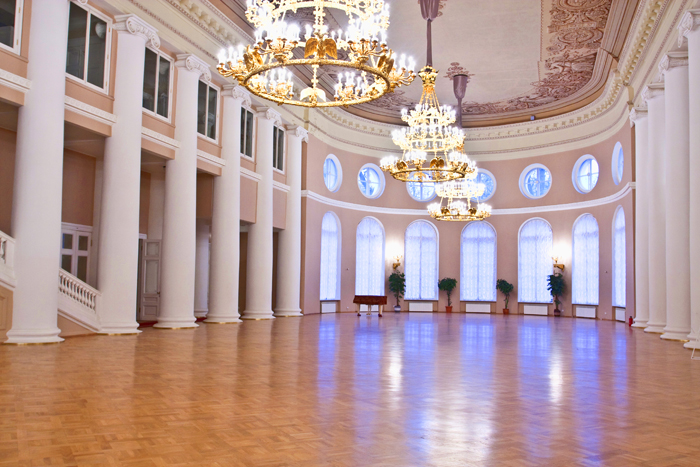 The construction ended in 1789. In 1792, one year after the death of its owner, Ekaterina II named the palace Tavricheskiy and appropriated it together with the garden to the Crown to cover the debts of the late Prince.

After the death of the Ekaterina II in 1796, the heir Paul I, hateful as he was of his mother and her confidants, ordered on 11 April 1799 to dispose the Tavricheskiy Palace for the needs of the Mounted Guards Regiment. The Palace was ravaged in a matter of days and the luxurious gallery became stables and a riding ring.

In XIX century, after the restoration, the Palace was used by the royal family mainly for various festivities and receptions of high guests and ambassadors. The Persian Prince Khosrov Mirza, the Swedish and Norwegian Crown Prince Franz Josef stayed in the Palace during their diplomatic visits. It was also here that the national hero of the Patriotic War of 1812 Count P.Kh. Witgenstein lived while on his visit to St. Petersburg. Russian history writer N.M. Karamzin settled in the premises of the Palace in 1826 to complete his “History of the Russian Nation”.

In the end of the XIX – early XX century the Tavricheskiy Palace was known mainly as the place for major exhibitions: International Gardening Exhibition (1899), All-Russian Cottage-Industrial Exhibition (1902), Retrospective of Russian Portraits (1905), etc. It is also here that in 1899 the centennial anniversary of A.S. Pushkin was celebrated on a grand scale.

In 1905, on the decision of Emperor Nicolay II the Tavricheskiy Palace had been reserved for the sessions of the State Duma. This led to a substantial reconstruction of the premises: the winter garden was isolated from the Ekaterininskiy hall by a wall and rebuilt as a conference room with an amphitheatre and the presidium. 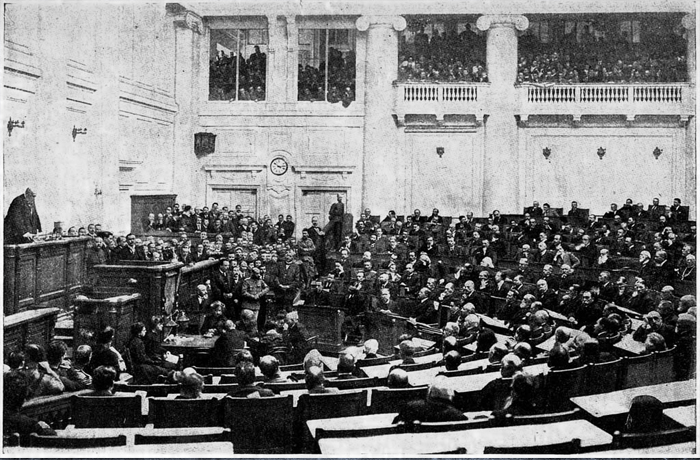 Later on, in 1917 the Tavricheskiy Palace housed the Provisional Government and the Petrograd Council of Workers’ Deputies, the Central Executive Committee of the All-Russian Soviets. It was a place where members of the Constituent Assembly, Party congresses held their meetings. In 1918 the Palace housed express-courses of revolutionary propaganda later transformed into, the First Workers’ and Peasants’ University that in 1921 was turned into the Communist Party Academy that stayed in the Tavricheskiy Palace till 1991 when the place was for a shortwhile referred to the Northwestern Public Academy.

Today the Tavrisheskiy Palace is the home and headquarters of the Interparliamentary Assembly of Member Nations of the Commonwealth of Independent States.