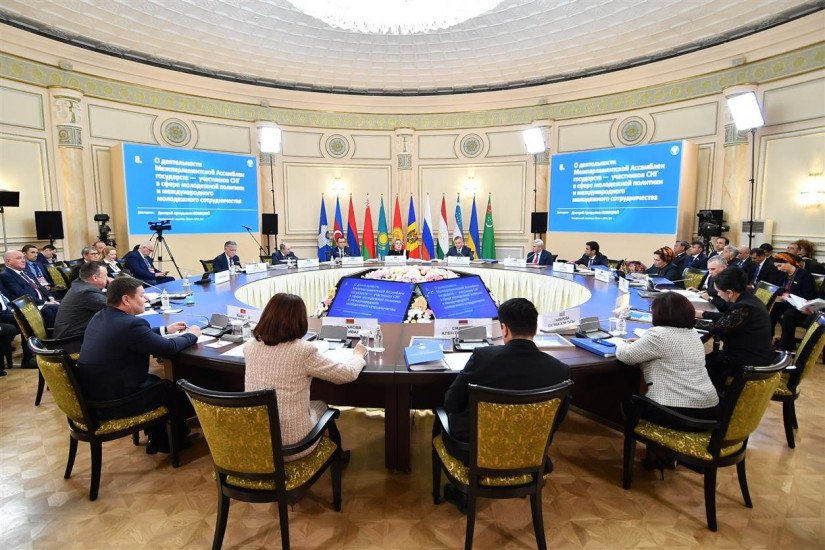 Today the Ceremonial Meeting of the Council of the CIS Interparliamentary Assembly dedicated to the 30th anniversary of the organization was held in Almaty (Republic of Kazakhstan). The event started with the congratulations sent to the IPA CIS by the heads of the Member Nations.

Speaker of the Senate of the Parliament of the Republic of Kazakhstan Maulen Ashimbayev delivered the congratulations of President Kassym-Jomart Tokayev. The Kazakh President said that over the past years, this unique institution had played a special role in the system of multilateral cooperation in the Commonwealth. The Assembly significantly contributes to the improvement of national legislations, the development of democracy and civil society. Kassym-Jomart Tokayev stressed that Kazakhstan fully supported the multifaceted activities of the Assembly and intended to contribute in every possible way to the comprehensive strengthening of this unique and useful institution.

Prime Minister of the Republic of Armenia Nikol Pashinyan highly appreciated the results of the 30-year activity of the organization noting that the Interparliamentary Assembly had become an effective platform for cooperation between the legislative bodies of the participating countries.

President of the Republic of Belarus Alexander Lukashenko noted the wide recognition of the Assembly as a credible international parliamentary organization that plays a significant role in the development of dialogue across the post-Soviet space.

The congratulation of President of the Kyrgyz Republic Sadyr Japarov was delivered by Speaker of the Jogorku Kenesh of the Kyrgyz Republic Talant Mamytov. The Kyrgyz President recalled that the republic stood at the very origins of the Assembly: the first IPA CIS plenary meeting, which adopted the Regulations and defined the organizational issues of the Assembly, was held on 15 September 1992 in Bishkek.

Chairperson of the IPA CIS Council, Speaker of the Federation Council of the Federal Assembly of the Russian Federation Valentina Matvienko conveyed congratulations from President of the Russian Federation Vladimir Putin to the participants of the Ceremonial Meeting of the IPA CIS Council. He noted that the Assembly was an effective and highly demanded structure of multilateral interaction, which helps MPs to increase the effectiveness of legal regulation at the national level and create conditions for promoting integration processes. Vladimir Putin noted the importance for the Assembly to continue to combine efforts to combat terrorism, drug trafficking, cross-border crime and other threats and challenges to international security. The regular participation of representatives of the Assembly in election observation in the CIS countries helps to fully implement the principles of fair representation, democratic and free expression of will.

Speaker of the Senate of the Oliy Majlis of the Republic of Uzbekistan Tanzila Narbaeva delivered the congratulations of President of the country Shavkat Mirziyoyev. The President stressed that the Oliy Majlis of the Republic of Uzbekistan was actively participating in the activities of the Assembly and strengthening inter-parliamentary cooperation. He expressed the readiness to further contribute to improving the efficiency of the work of the Assembly, aimed at ensuring the free trade zone regime, expanding mutual investment and industrial cooperation, using existing and developing new transport routes. Shavkat Mirziyoyev recalled that the next meeting of the IPA CIS Council will be held in autumn 2022 in Tashkent. 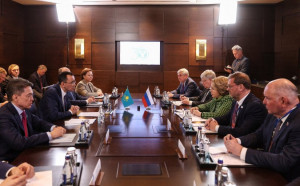 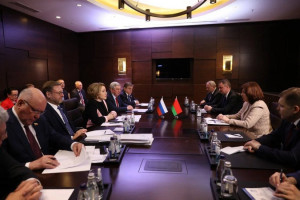