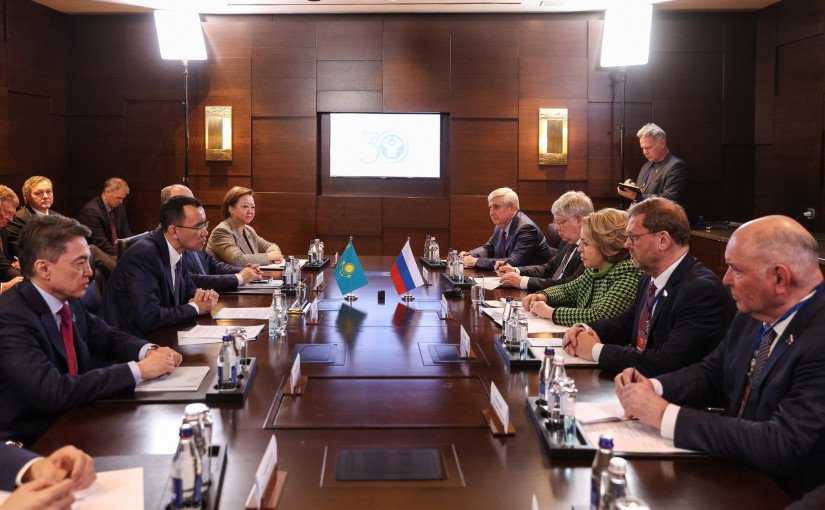 On 28 March 2022, Chairperson of the IPA CIS Council, Speaker of the Federation Council of the Federal Assembly of the Russian Federation Valentina Matvienko met with Speaker of the Senate of the Parliament of the Republic of Kazakhstan Maulen Ashimbayev in Almaty. The meeting took place on the eve of the Ceremonial Meeting of the IPA CIS Council dedicated to the 30th anniversary of the Assembly.

Valentina Matvienko congratulated Maulen Ashimbayev on the 30th anniversary of the IPA CIS and noted that over the years the Assembly had proved to be a useful platform for interparliamentary cooperation and integration across the CIS. In turn, Maulen Ashimbayev added that the Assembly was one of the most authoritative and active international organizations. He thanked Valentina Matvienko for supporting the initiative of holding the Ceremonial Meeting in Almaty and expressed hope that it would be held at the highest level. The parties also discussed interparliamentary cooperation, including within the framework of relevant committees and commissions. Secretary General of the IPA CIS Council Dmitriy Kobitskiy also attended the meeting.

A meeting between Maulen Ashimbayev and President of the National Assembly of the Republic of Armenia Alen Simonyan took place on the same day. Alen Simonyan thanked Maulen Ashimbayev for the hospitality and congratulated him on the 30th anniversary of the establishment of diplomatic relations between the two countries. He also noted the fruitful cooperation between the legislative bodies of Armenia and Kazakhstan and expressed hope for further strengthening of their interaction.

On the same day, Maulen Ashimbayev also met with Speaker of the Jogorku Kenesh of the Kyrgyz Republic Talant Mamytov. The parties discussed the development of political, economic, cultural and humanitarian relations between the two countries. Talant Mamytov noted the high-level cooperation between the two fraternal peoples in all fields and spoke about the interaction of the two countries within the framework of the IPA CIS and other interparliamentary organizations. Maulen Ashimbayev agreed with his colleague and admitted the IPA CIS as a successful venue for dialogue.

In addition, Maulen Ashimbayev also met with Speaker of the Mejlis of the Milli Gengesh of Turkmenistan Gulshat Mammedova.

Alen Simonyan and Talant Mamytov also held a bilateral meeting on 28 March. The parties discussed the special role of parliamentary diplomacy and the need for active interaction of parliamentary friendship groups. 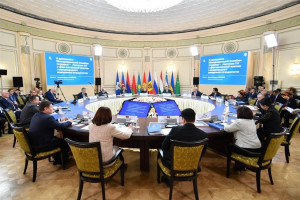