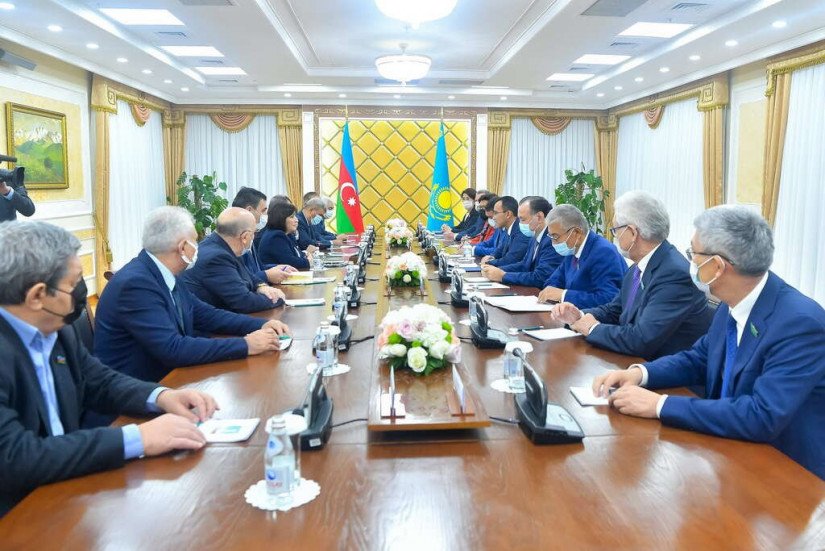 Speaker of the Milli Mejlis of the Azerbaijan Republic Sahiba Gafarova arrived in the Republic of Kazakhstan on an official visit, during which she met with the heads of both chambers of the Kazakh Parliament.

During the meeting with the head of the Senate Maulen Ashimbayev, the parties discussed the prospects for the development of inter-parliamentary cooperation. Maulen Ashimbayev noted that the countries were strategic partners and stressed the need to share experience in ensuring legislative support for ongoing reforms.

He also added that Kazakhstani MPs attached great importance to mutually beneficial cooperation with their Azerbaijani counterparts at international parliamentary platforms, including the IPA CIS, the OSCE PA and the IPU. Taking this opportunity, the Speaker of the Senate invited his colleague to take part in the anniversary session of the IPA CIS Council to be held the following year in Almaty.

Speaker of the Mazhilis Nurlan Nigmatulin supported the joint work of cooperation groups, specialized committees and exchange of law-making practices. Sahiba Gafarova and Nurlan Nigmatulin also discussed the results of the 10th plenary session of the Parliamentary Assembly of Turkic-Speaking Countries, which took place the day before in Turkistan, and expressed confidence that the decisions made at the meeting would contribute to strengthening both inter-parliamentary dialogue and the development of comprehensive cooperation between the Turkic countries. 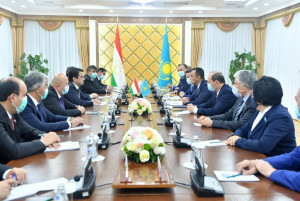 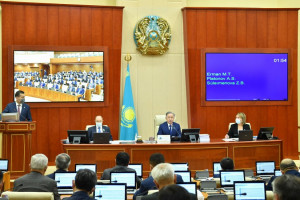