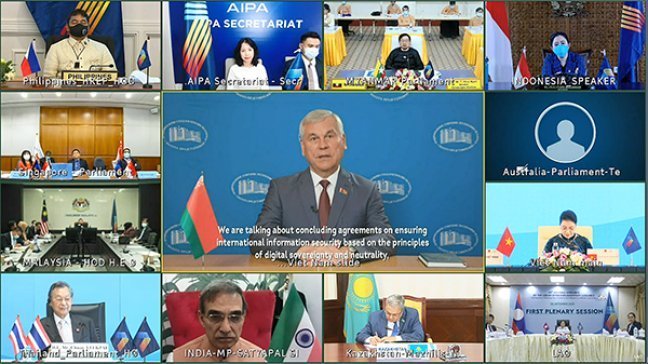 Speaker of the House of Representatives of the National Assembly of the Republic of Belarus Vladimir Andreichenko participated in the 41st General Assembly of the ASEAN Inter-Parliamentary Assembly, which took place on 8 September 2020 via video-conferencing.

Vladimir Andreichenko addressed the participants of the event with a speech on Parliamentary Diplomacy for a Cohesive and Responsive ASEAN Community and emphasized the importance of the AIPA in increasing the role of parliamentary diplomacy, aligning with the countries of South-Eastern Asia on the political, economic, social and other tracks. He also stressed the importance of developing the corresponding dialogue in the conditions of steadily growing international challenges.

“Our country, as well as the ASEAN states, promotes the ideas of cooperation, open and honest negotiations. Like you, we consistently implement an independent foreign policy to achieve peace and stable development, a multi-vector nature and diversification of relations,” the Speaker of the House of Representatives said.

Vladimir Andreichenko highlighted that Belarus was a reliable bridge between East and West. As a part of its presidency in the EAEU, Belarus supports the intention of the ASEAN countries to sign a free trade agreement with the EAEU and is ready to provide assistance in the matter to contribute to the growth of trade and jobs creation. The Speaker also noted that the exchange of best practices in the IT sector will be equally useful for Belarus and the ASEAN.

According to the press office of the Parliament, Vladimir Andreichenko called on his colleagues – speakers of parliaments of the ASEAN countries – to support unifying peace initiatives, including the initiative of the Belarusian President to develop a digital neighborhood belt, which can bring concrete practical results. 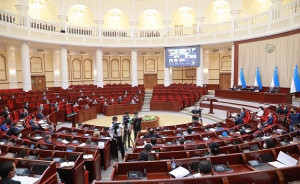 Nurlan Nigmatulin: Current Session is Expected to be Intense 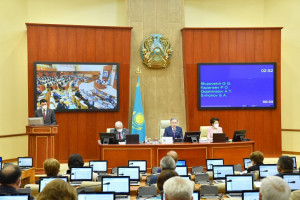