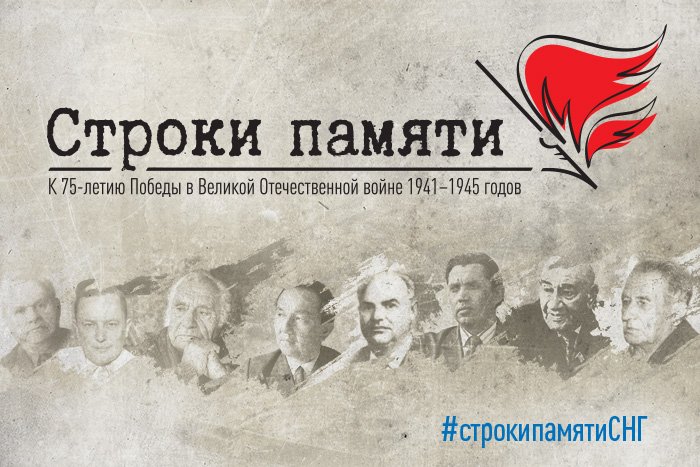 The CIS Interparliamentary Assembly launched the “Memory Lines” special project – a series of poetic video messages on behalf of the IPA CIS Member Nations – dedicated to the 75th Anniversary of the Victory.

The project was supported by Chairperson of the IPA CIS Council, Speaker of the Federation Council of the Federal Assembly of the Russian Federation Valentina Matvienko, who read the “Requiem” poem by Robert Rozhdestvenskiy.

According to Valentina Matvienko, she had to re-read a lot of frontline poetry, including Konstantin Simonov, Alexander Tvardovskiy, Bulat Okudzhava, Olga Bergholz, etc. The Speaker emphasized that each of them has got a unique person in every soldier facing a huge, boundless war, which one must win.

The Chairperson advised everyone to re-read frontline poetry on the eve of the 75th Anniversary of the Victory. “Read the poems about the war yourself and to your children. There is such strength of faith and bitterness, awareness of a duty to the future and love for life at the same time. It’s in the exact, stingy, simple details, in every word of the frontline soldiers”, emphasized Valentina Matvienko.

Project videos are available at the IPA CIS website and on the Assembly’s pages in social networks.

Secretary General – Head of the IPA CIS Council Secretariat Dmirtiy Kobitskiy noted: “It is very important that ‘Memory Lines’ will also let the audience get acquainted with the works of national poets and learn about the prominent contemporaries from the Commonwealth”.

You can join the international action launched by MPs.

To do this, you need to read on camera the poem by the national author about the Great Patriotic War and post the video on Instagram, adding the #memorylinesCIS hashtag.

The participants can also challenge another person, indicating his or her account in the description under the publication.

You can record a poem alone or make a family movie. A joint search and reading of the poems can be the best lesson of history and national literature for the young generation. 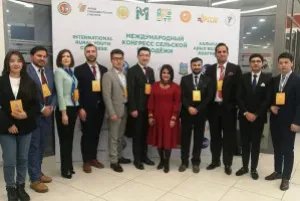 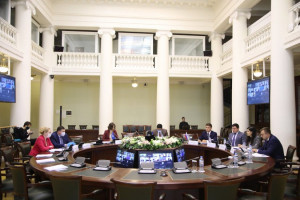