XXV SPIEF: a Number of Cooperation Agreements Were Signed at Stand of Eurasian Womens Forum 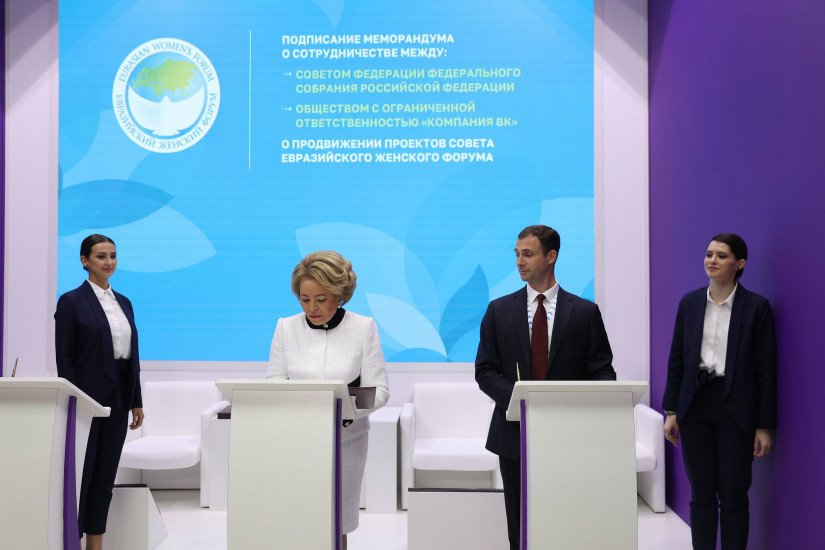 On 17 June 2022, at the XXV St. Petersburg International Economic Forum, Speaker of the Federation Council of the Federal Assembly of the Russian Federation, Chairperson of the IPA CIS Council Valentina Matvienko signed a number of agreements. The signing ceremonies took place at the stand of the Eurasian Women’s Forum.

In particular, Speaker of the Federation Council and CEO of VK Vladimir Kiriyenko signed a memorandum of cooperation.

In addition, Valentina Matvienko, Minister of Industry and Trade of the Russian Federation Denis Manturov and Governor of Nizhny Novgorod Region Gleb Nikitin signed a trilateral agreement on the joint preparation of major events dedicated to folk art crafts in the region in 2022.

A cooperation agreement was also signed between the Federation Council and the Rosatom State Atomiс Energy Corporation on the implementation of joint initiatives to expand the participation of women in high-tech fields. The document was signed by Valentina Matvienko and ROSATOM CEO Alexey Likhachev. 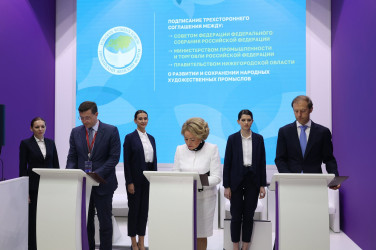 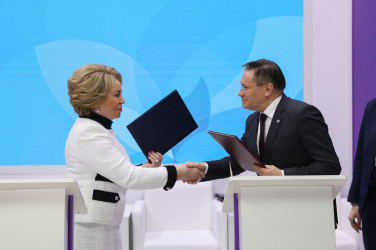 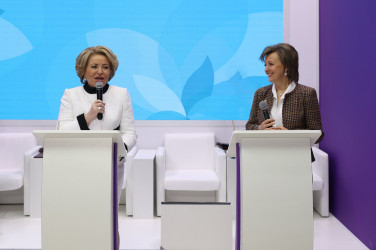 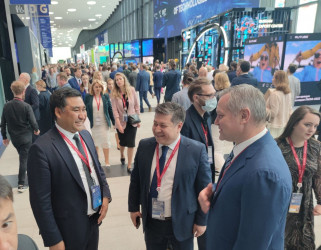 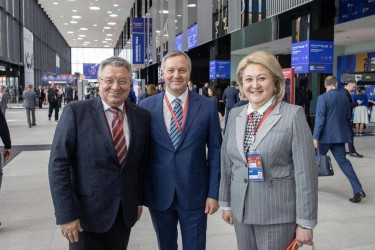 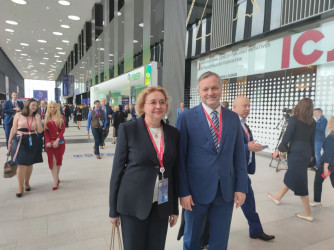 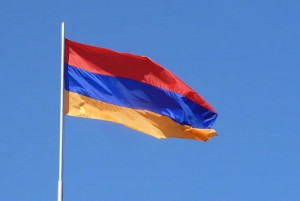 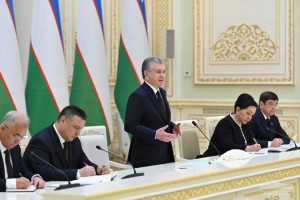